A Tea Party To Remember

A Tea Party To Remember

Buckingham Palace doesn’t hold the rights to garden receptions. Pretty backyards or leafy parklands are terrific open air venues for a wedding, engagement party or even a bridal shower. 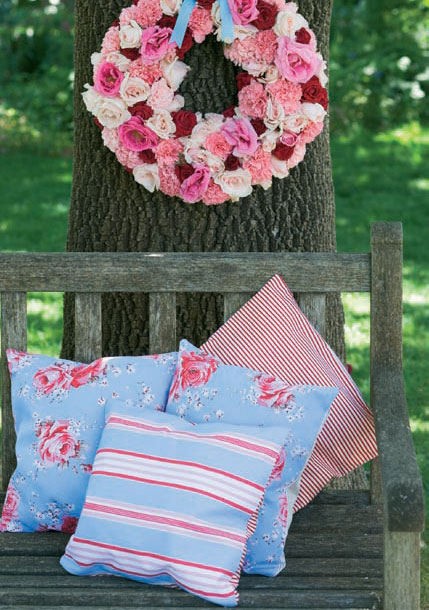 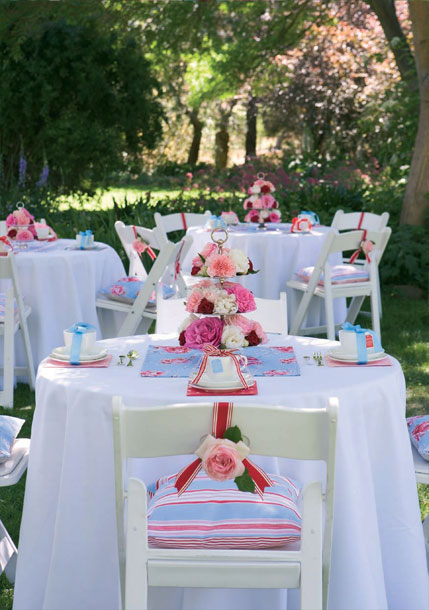 Nature gives a wonderfully fresh background, to make the most of the greenery, we chose a crisp look with stacks of pure white, then added colour accents with the most adorable fabrics, ribbons and flowers.

The trick to success is layering the detail. 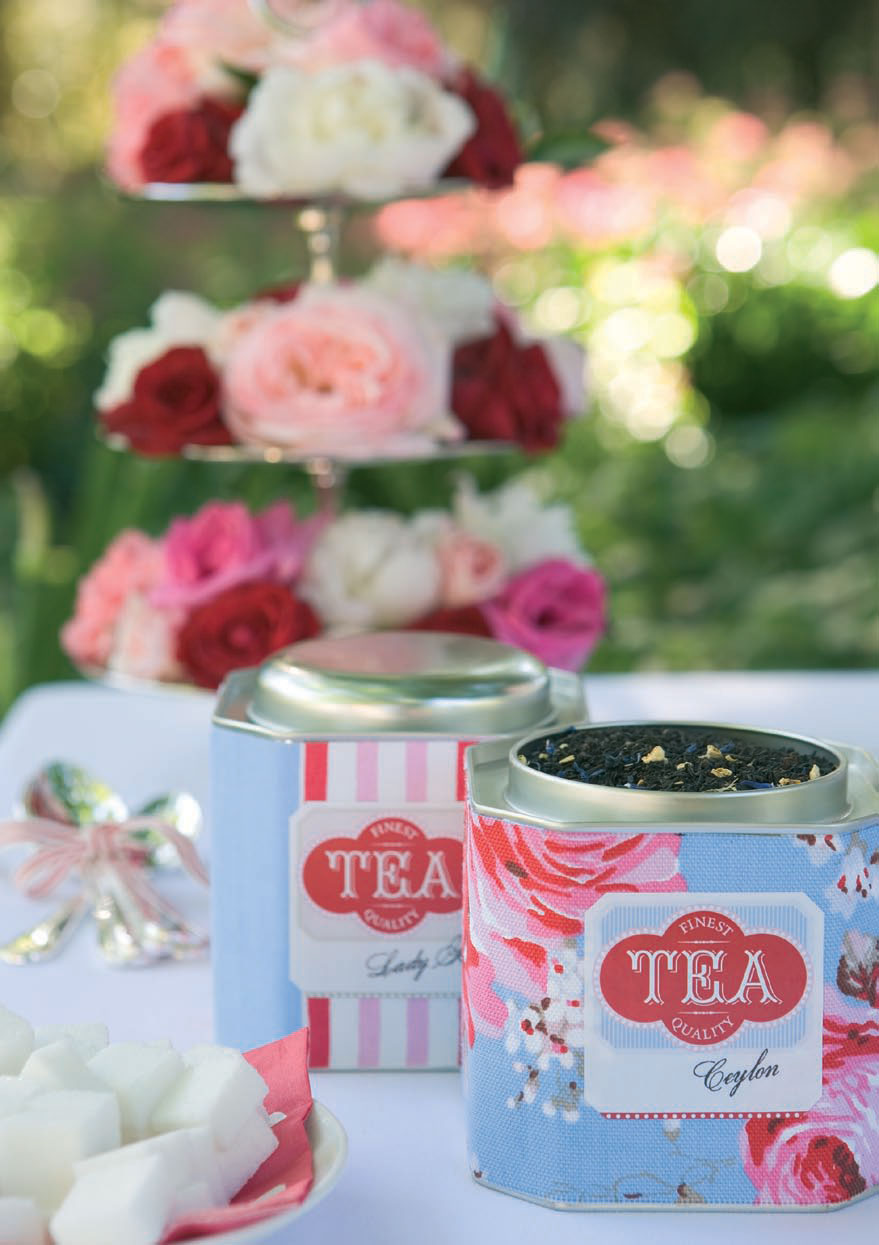 Guests are offered delicious breads and pastries, served with champagne and help themselves to bottomless cups of tea from a selection of brews available at a tea buffet. 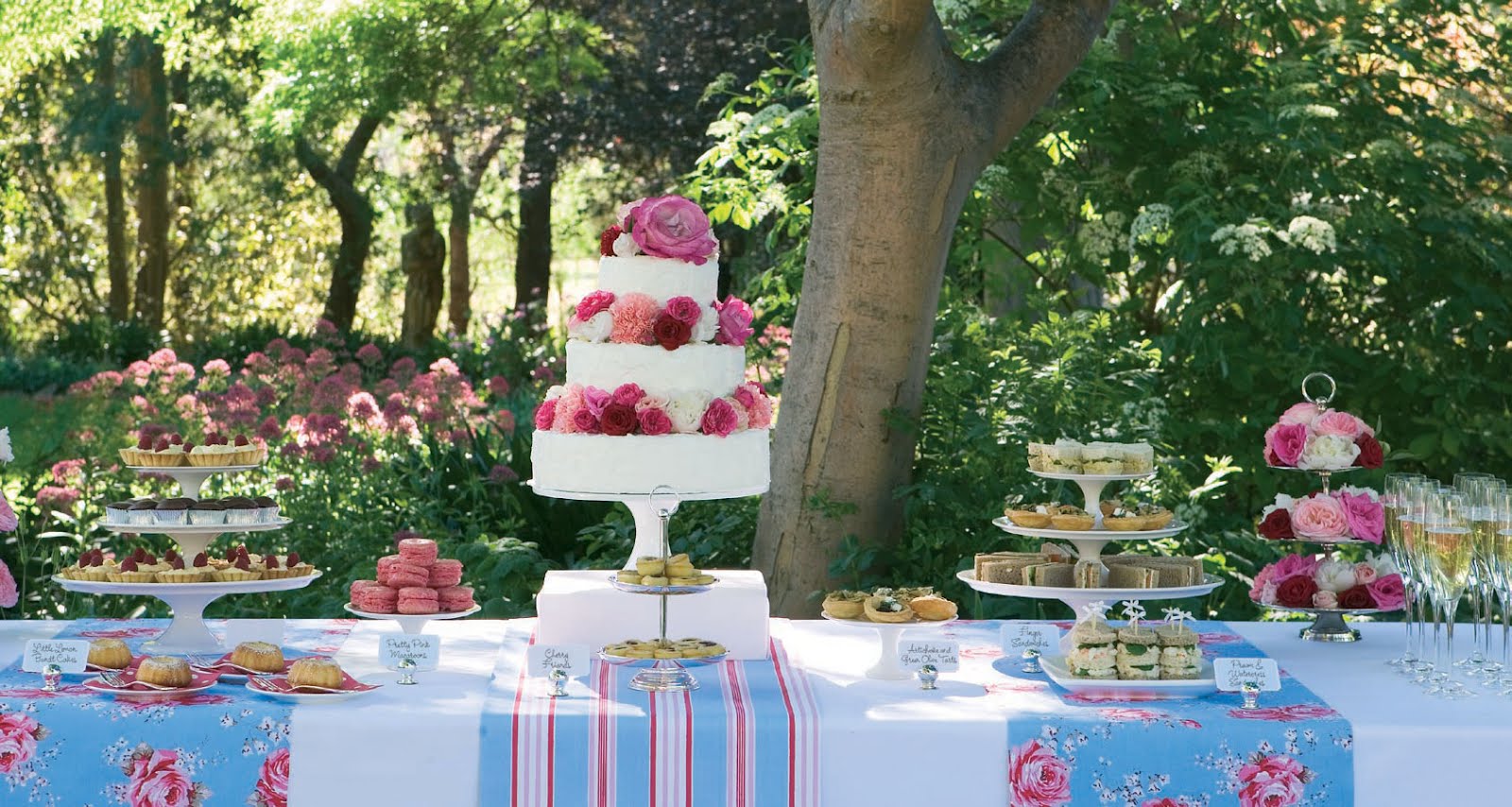 The dainty, traditional English tea party setting is given a modern look with upbeat patterns in the decoration. Even the customised tea bag tags are beautifully colour co-ordinated. 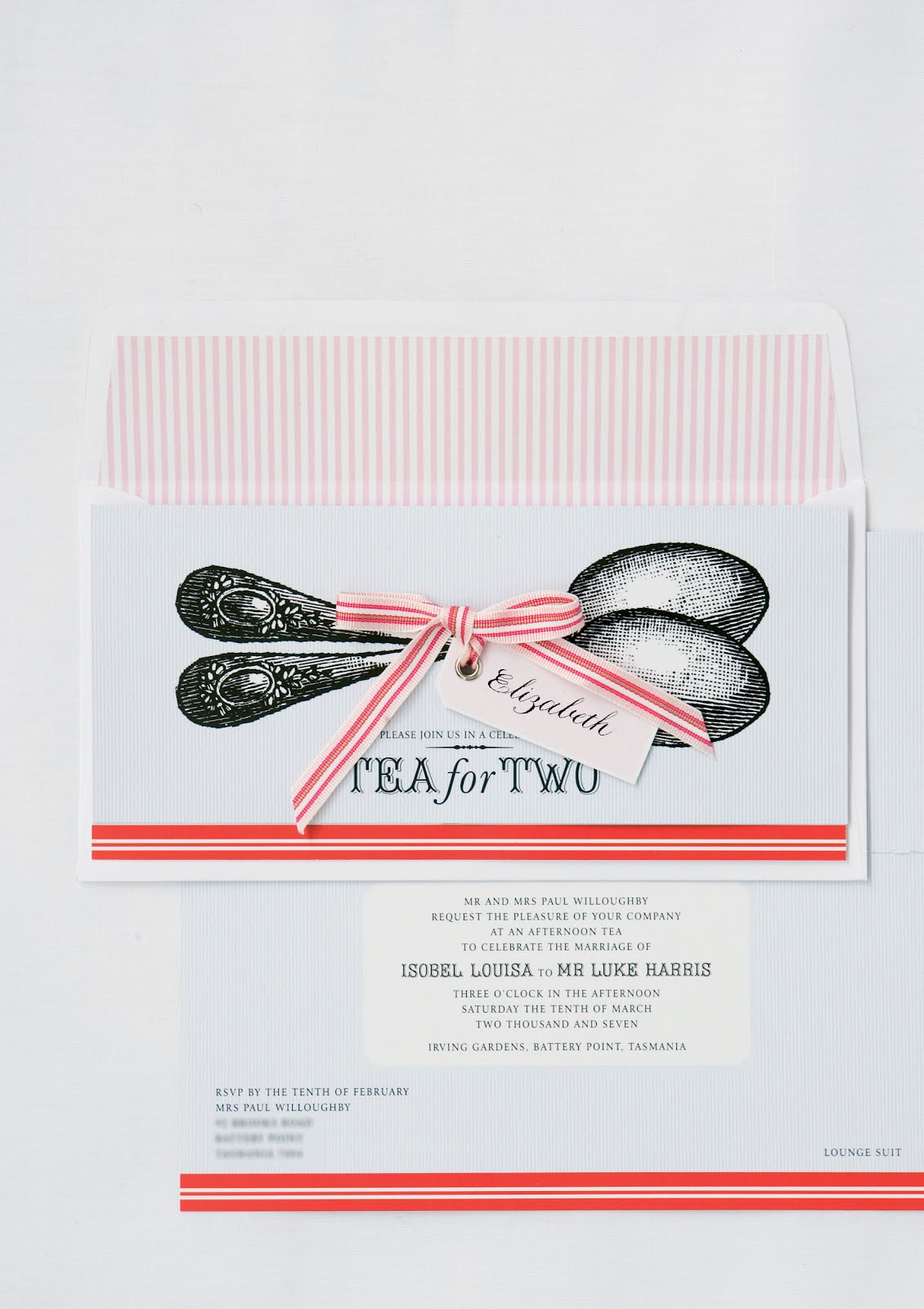 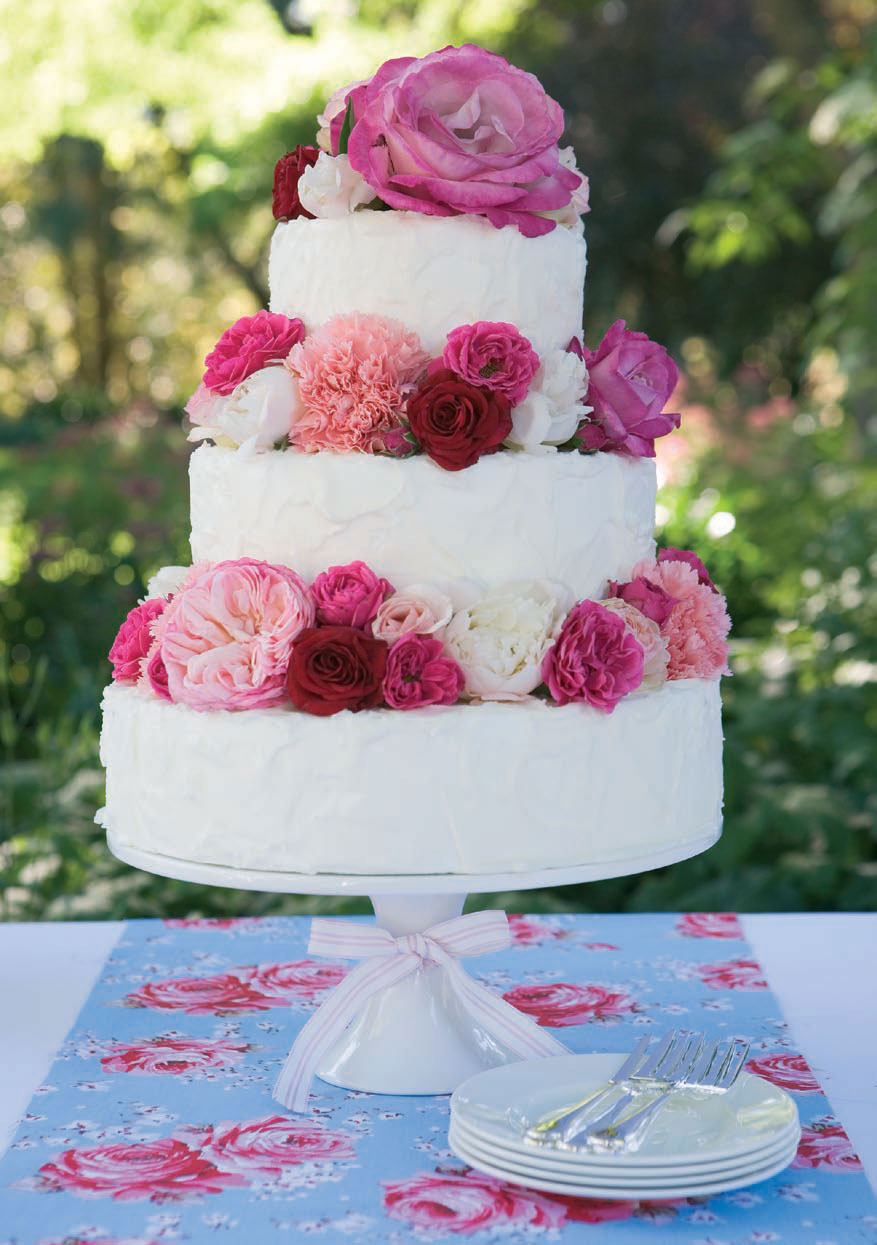 We have reduced the price of our archived 2007 magazines. You can download 2007 Issue 1 to Issue 4 (instant access) for $1.95 each or purchase the printed magazines Issue 1 and 4 only (2 and 3 are sold out) for $4.95 each plus postage (Australia Only). Click here for more information. 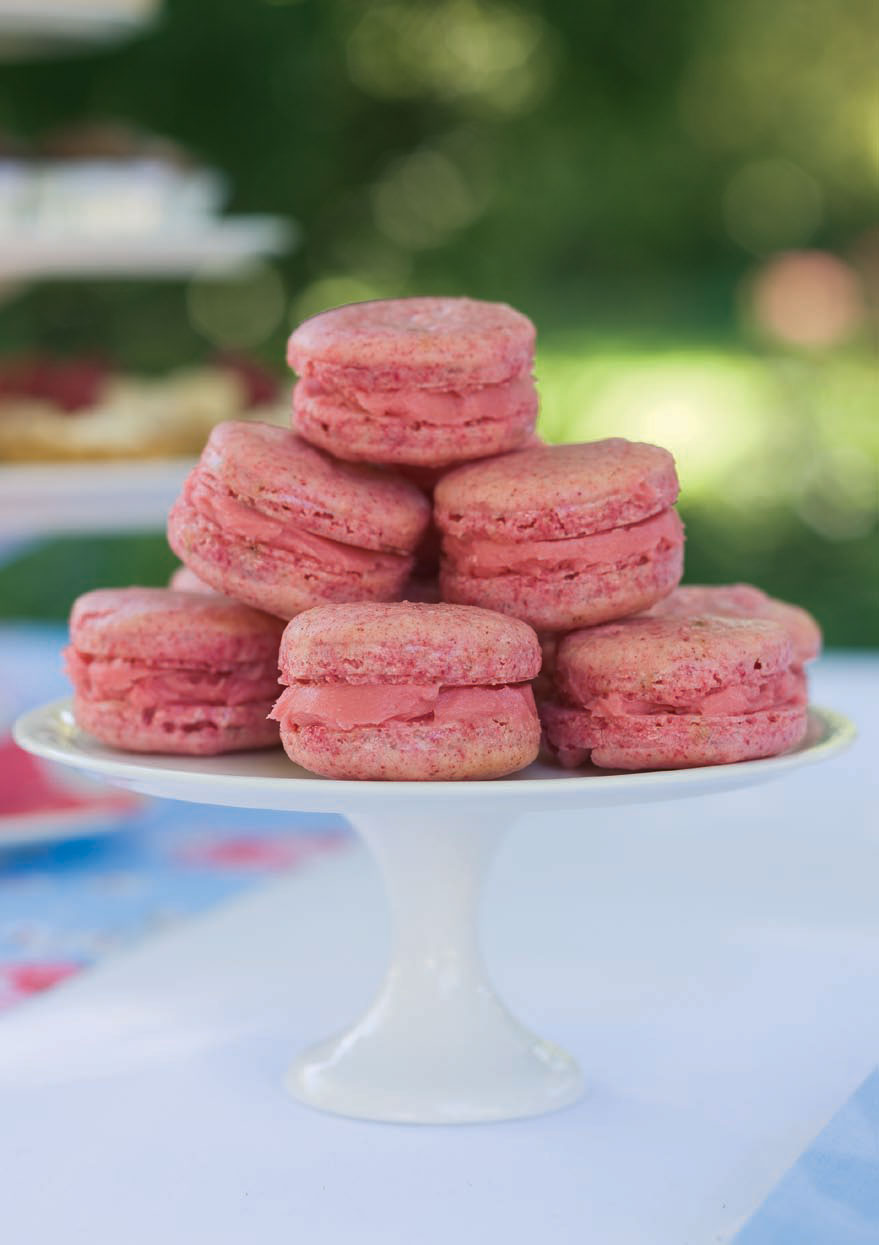 Mix the ground almonds, icing sugar and red food colouring together in a bowl.

In another bowl, whisk the egg whites with the powdered pavlova mix until firm peaks form, then fold in the almond mixture using a large metal spoon.

Transfer the mixture into a large piping bag fitted with a 1cm plain nozzle and pipe neat little mounds into the marked circles on the prepared baking sheets. Press the tops down lightly with a wet spoon if they peak too much.

To stop macaroons from cracking, leave to stand for a good 30 minutes then bake them on the middle shelf for about 35 minutes, until they feel slightly firm.

Leave them on the baking sheets for five minutes, then slide them off onto a wire tray to cool completely.

They should be crisp on the outside and a bit chewy on the inside. For the filling, beat the butter, icing sugar and vanilla extract together until light and fluffy.

Stir in red food colouring. Sandwich the macaroons together in pairs with small dabs of this filling just before serving.

Unfilled macaroons can be stored in an airtight container for up to 3 days and the filling can be made the day before.
No comments:

Generally speaking, clothing which was produced before the 1920s is referred to as antique and clothing from the 1920s to 1960s is considered vintage. Retro (retrospective) or "vintage style" refers to clothing that imitates the style of a previous era. Repro (reproduction) clothing is a newly-made but faithful copy of an older garment. Clothing produced more recently is usually called modern or contemporary fashion.


At times, the cycle of fashion design turns

to history for inspiration.

We have received this vintage wedding image from one of our readers, Kelly Woolley, and decided to share it with you as it has an insightful newspaper article to the style of the past.


The wedding of Miss Hilda Waverley 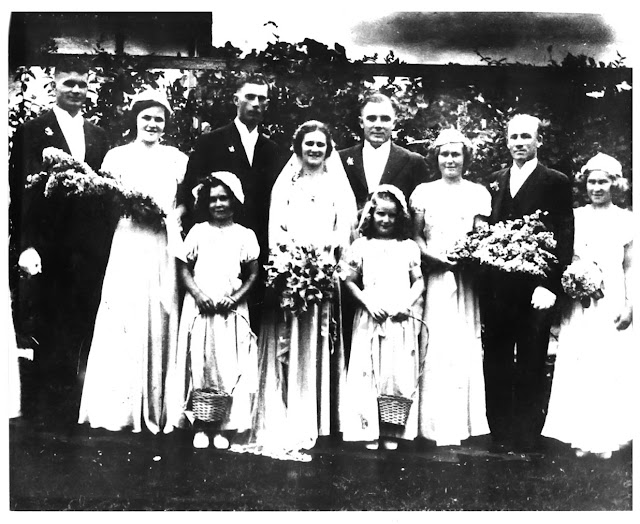 A completely different style of bouquet

and baskets from the bride and flower girls

The wedding above was featured in the local newspaper. 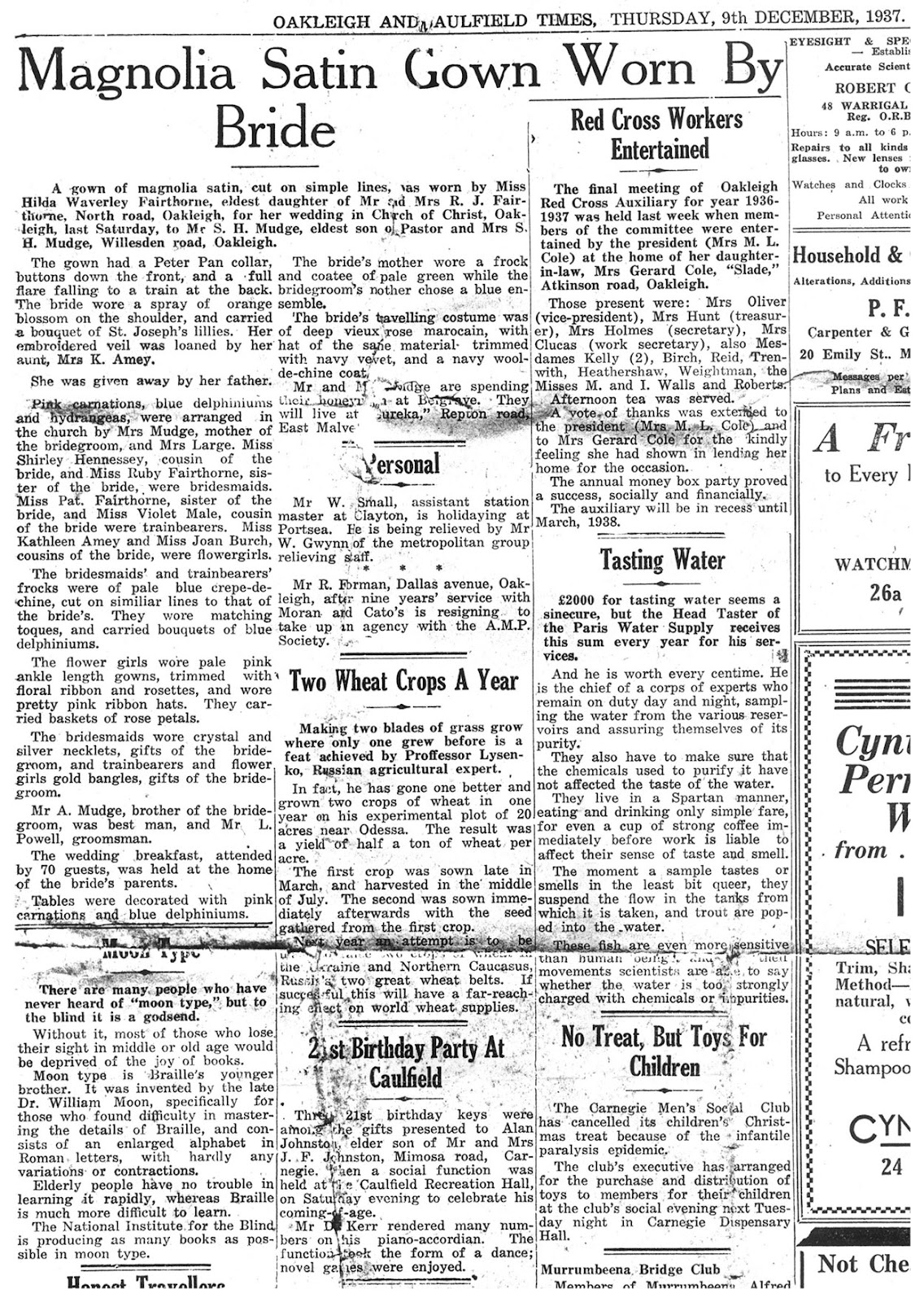 A somewhat more modern wedding from 1959

of Norma Lane and Roderick Barker 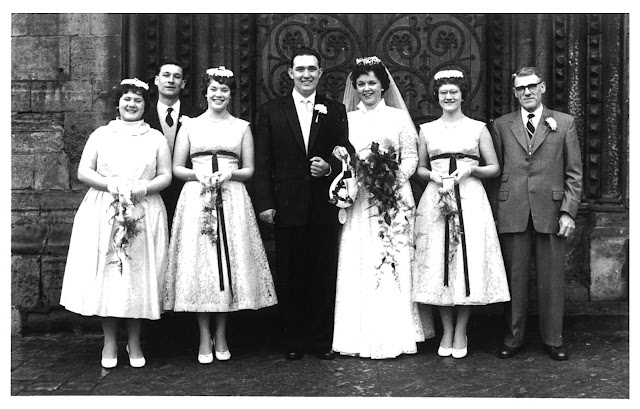 The bride is holding a shower or cascading Bouquet in one hand and a horseshoe in the other. The bridesmaids are seen holding cascading ribbon bouquets.
Carrying a horseshoe or a bouquet in the shape of one is considered lucky for the bride, but only if the horseshoe is carried with the open end up so the luck does not 'fall out'. 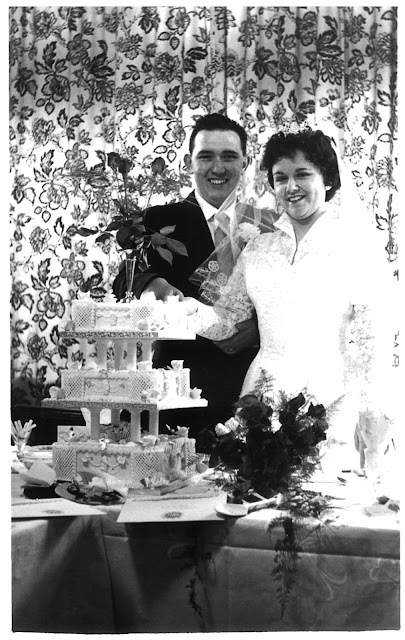 Save The Date vs. Wedding Invitations

What's the difference?
“ Which one is more practical? ”

A save the date is a notice stating the date of a wedding. It is typically sent to those likely to be interested or affected by the event and states the planned date of the occasion so that recipients who wish to attend know to keep that date free. Whilst some people choose to send a save the date notice, other couples might just advise friends and family verbally.

For weddings, save the dates usually take the form of a card, but can also be a refrigerator magnet, or similar item. They are generally sent out at least six to twelve months before the wedding date, and are usually followed by a formal wedding invitation.


It's not one or the other.

“It's either Save the Dates and Invitations”

A wedding invitation is a letter asking the recipient to attend a wedding. It is typically written in formal, third-person language and mailed five to eight weeks before the wedding date.
Like any other invitation, it is the privilege and duty of the host to issue invitations, either by sending them herself or causing them to be sent, either by enlisting the help of relatives or friends to select the guest list and address envelopes 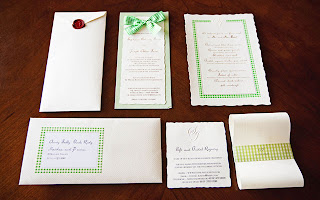 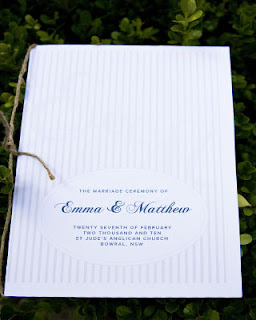 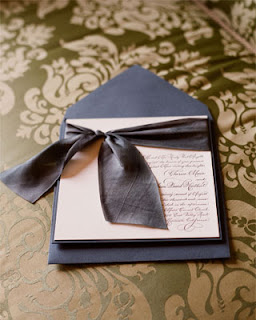 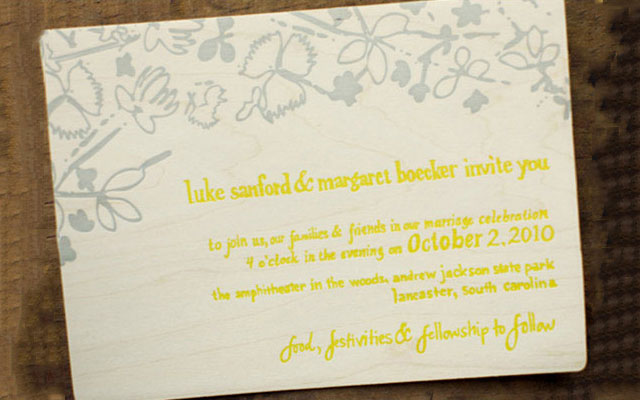 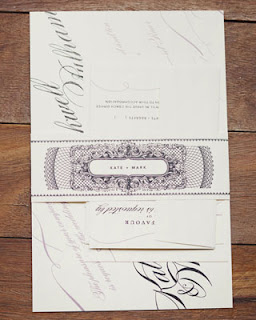 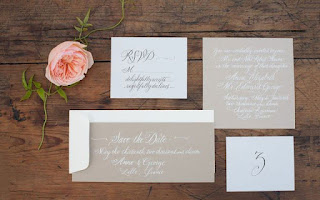 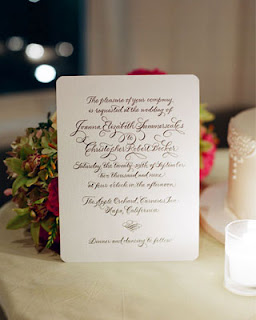 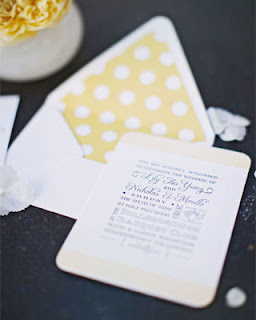 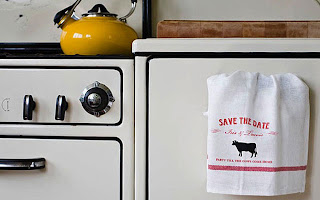 These images are from our archives. Photographers unknown; Happy to credit if your work is shown here. info@styleguide.com.au

Email ThisBlogThis!Share to TwitterShare to FacebookShare to Pinterest
Labels: invitation, save the date, Stationery, wedding invitation

Need some ideas for romantic wedding songs? We've got you covered.
Romantic love songs are a feature of every wedding. The slower tempo of love songs is ideal for the first dance by the bride and groom and also the father-daughter dance.

From the album The Twilight Saga: Breaking Dawn — Part 1: Original Motion Picture Soundtrack, the song is the second single from the album
As heard in this proposal video from popular Malaysian blogger Timothy Tiah Ewe Tiam proposing to his girlfriend/fiancée Audrey Ooi Feng Ling, with "A Thousand Years" used as the backing track.


#6 You & Me - Lifehouse
The first single released from the eponymous third studio album Lifehouse. After critical success an extended wedding version of the song was released in 2005
Ultimate Guitar called the song "a tender love-ballad" and noted how it would be "a perfect soundtrack for a wedding".


#5 Amazed - Lonestar
The first version of the song was recorded by the American country music group Lonestar and was the second single from their 1999 album Lonely Grill. The song spent eight consecutive weeks at #1 on the Billboard Hot Country Singles Tracks chart that same year

Lyrics
I don't know how you do what you do
I'm so in love with you
It just keeps getting better
I want to spend the rest of my life,
with you by my side
Forever and ever
Every little thing that you do,
Baby I'm amazed by you.


#4 Unchained Melody - Righteous Brothers
Unchained Melody is a 1955 song with music by Alex North and lyrics by Hy Zaret. It has become one of the most recorded songs of the 20th century, by some estimates having spawned over 500 versions in hundreds of different languages.
It was the July 1965 version by The Righteous Brothers that became a jukebox standard for the late 20th century, regaining massive popularity when used in the 1990 blockbuster film Ghost.

Lyrics
Oh, my love, my darling
I've hungered for your touch
A long, lonely time
And time goes by so slowly
And time can do so much
Are you still mine?
I need your love, I need your love
God speed your love to me

#3 At Last - Etta James
At Last is a 1941 song written by Mack Gordon and Harry Warren for the musical film Orchestra Wives.
In 1960, it was covered by blues singer Etta James in an arrangement that improvised on Warren's melody. James' version was the title track in the same-named album At Last! and was inducted into the Grammy Hall of Fame in 1999.

Lyrics
At last, my love has come along
My lonely days are over
And life is like a song
Oh, yeah, at last
The skies above are blue
My heart was wrapped up in clovers
The night I looked at you
I found a dream that I could speak to
A dream that I can call my own
I found a thrill to rest my cheek to
A thrill that I have never known
Oh, yeah when you smile, you smile
Oh, and then the spell was cast
And here we are in heaven
For you are mine
At last


#2 Just the Way you Are - Bruno Mars
Just the Way You Are is a debut single by American singer-songwriter Bruno Mars, and is the lead single from his debut studio album, Doo-Wops & Hooligans.
In 2011, the song won the Grammy Award for Best Male Pop Vocal Performance. "Just the Way You Are" has sold 12.5 million copies worldwide, becoming one of the best-selling singles of all time.

Lyrics
Lying close to you
Feeling your heart beating
And I'm wondering what you're dreaming
Wondering if it's me you're seeing
Then I kiss your eyes and thank God we're together
And I just wanna stay with you
Just stay in this moment forever, forever and ever