Mother of the Groom

Responsibilities of the Mother of the Groom

The mother of the groom is often at a loss as to exactly what role she plays in the marriage of her son. This is even more true when she has not participated previously in a wedding for a daughter or other sibling. The following rules of etiquette are shared to increase the joy and fulfil the traditional responsibilities of the mother of the groom.

Her responsibilities include:
The first rule of etiquette to be followed upon receiving news of the impending nuptials is to initiate contact between the families. Introducing herself and her husband to the bride's parents is her first responsibility. This may be as simple as making a call to the bride's mother and telling her how happy she is about the engagement or an informal invitation to dinner at their home. If preferred, dinner at a nice restaurant is always in order. This may be with or without the couple in attendance.

If the parents live far away, a friendly letter is appropriate. A snapshot of the family and maybe even one of her son as a small child is always welcomed by the bride's mother and is a kind gesture.
The importance of providing an accurate and timely guest list can neither be over emphasized, nor the importance of sticking to the guidelines given her as to the number of guests she many invite. Remember to include zip codes.
It is the bride's mother who will first select a dress for her daughters wedding. A gown of complimentary color and similar styling is then chosen by the mother of the groom. She must wear long if the bride's mother wears long or short if she wears short. The color should not match the bridesmaids, nor the brides' mother, but compliment both.
Reservations for out-of-town guests, invited by the groom's family, are the responsibility of the mother of the groom. It will be much more convenient if a block of rooms are reserved at a nearby hotel, which is near her home. 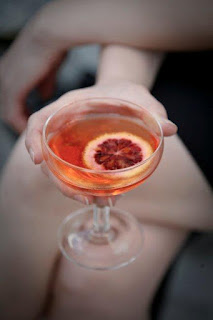 It is the responsibility of the groom's parents to host the rehearsal dinner. This can be as simple as a salad potluck with paper plates in the backyard or as elaborate as an exotic dinner with live entertainment in the finest restaurant. Everyone who takes a part in the ceremony is invited to the dinner. It is proper etiquette to invite the spouse or significant other of those participating, and the parents of children in the wedding.

Scheduled family photographs, prior to the wedding, will dictate the groom's parents time of arrival. If photos are not scheduled to be taken before the ceremony, the arrival should be no less than one hour before the appointed time

As the wedding begins, the groom's mother will be escorted down the aisle, to the first pew, right-hand side, by the head usher or a groomsman who is a family member. A nice touch includes the groom escorting his mother down the aisle. As the groom's mother is escorted to her seat, her husband will follow along behind. However, if the parents are divorced, the father of the groom will have been seated previously, two pews behind the mother.
The role as mother of the groom, in the ceremony, may include lighting the family candle on the altar, along with the mother of the bride. Family candles are lit after the candle lighters have left the altar area, and prior to the entrance of the wedding party. 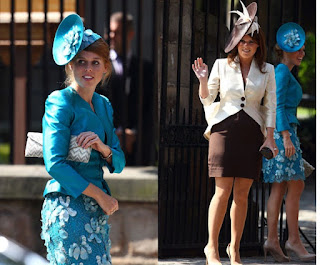